To make this project we need a few components starting with an Arduino MICRO. It can’t be the Arduino UNO or the NANO because the Keyboard library is compatible with the Arduino MICRO or Leonardo which are using the ATmega32 U4 microcontroller. Together with that we also need a Nextion display. In my case I’ll be using their 3.2 inches model. Together with the display I will also add 2 real push buttons like these ones and 3 more buttons. I also want to add RGB colors to the deck so I will use the addressable LED strip together with a separate Arduino NANO. I don’t want to overload the Arduino MICRO too much so a separate Arduino will be in charge of the RGB colors. We also need some M3 screws and nuts together with the 3D design I’ve made for this project. You can download my STL files from below and print them up. I’ve used 2 perimeters, 30% infill and PLA material. We need the main case and the cover together with the logo part. I’ve printed that part separately so I could print it with this face downwards. I will also add a buzzer for sounds clicks. Together with a micro SD card and a USB cable for the Arduino, this is all we need to make this project. 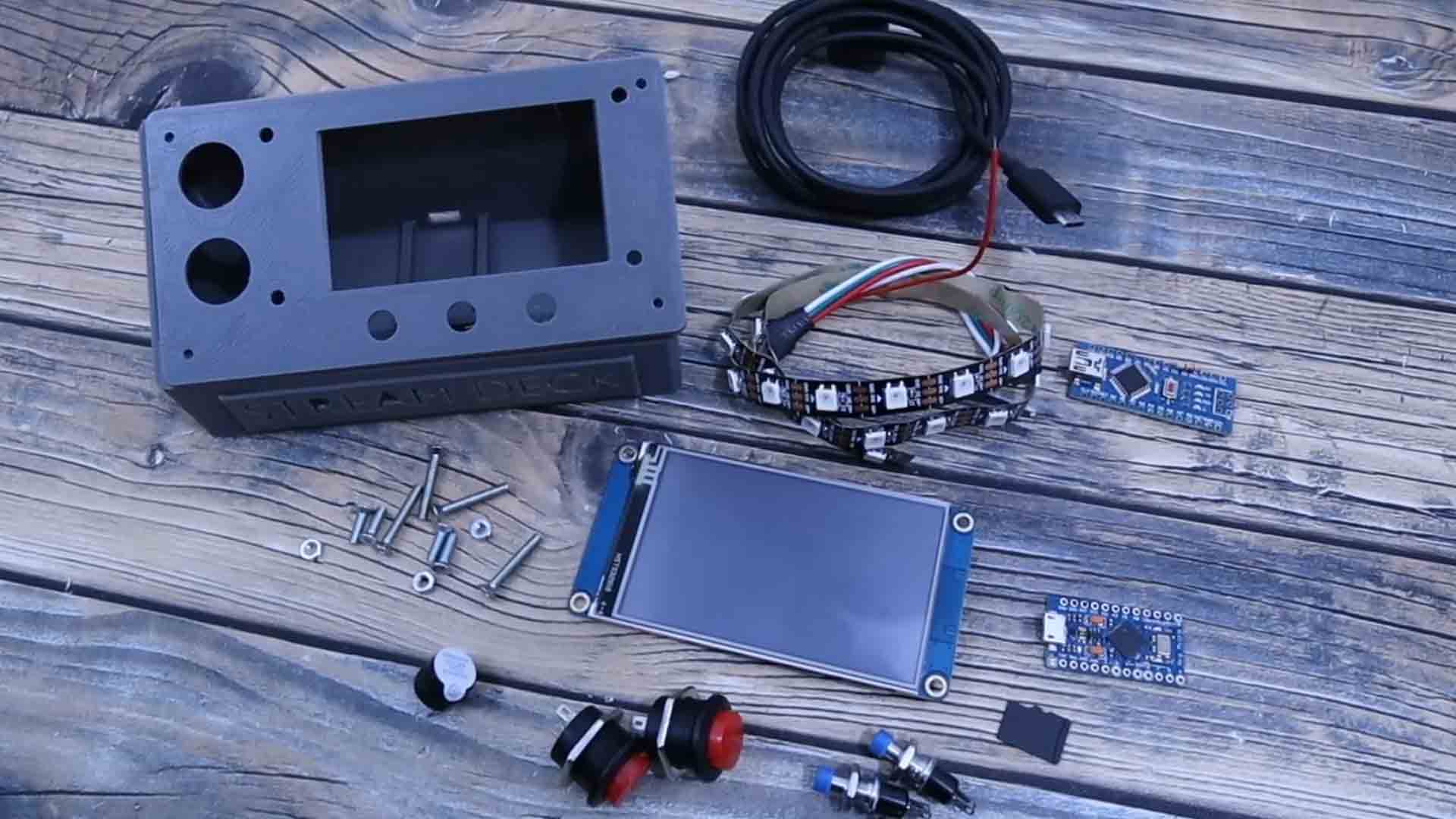