I still want to keep this project low cost so it would be cheaper than buying a reflow station. This plate has an internal heating resistor of around 450 ohms, so at 360V it could deliver around 280W of power which is 10 times less than the other project if you remember, that one was 3000W. On AliExpress, the plate was marked as 400W but I’m not sure that it could reach that. Anyway, I’ve realized that we don’t need more than 3 hundred watts. Is made of aluminum which will transfer the heat very fast. To control the power, we need a solid-state relay. You could use a big one like I’ve used before, but this time, since we have less power, I will use a smaller one that could work at 220V and could deliver 2 amps of current. It could also be easily controlled with an Arduino. So, obviously, we also need an Arduino which in this case, I will use again the Arduino NANO. To show the values I will use a 16 by 2 LCD screen with the i2c communication module so is easier to control. To measure the temperature, I will now use a thermistor instead of a thermocouple. We also need to use a 5V fan. The heater works at 220V but the rest of the digital part is working at 5V, so, to lower the voltage I will use a small converter. To turn the entire circuit on and off I will use a switch which also has an integrated LED and that’s nice to have. I also want to add a buzzer like this one for alarm notifications. Finally, to assemble the case you will see that we need some sort of metal plate. I will use this one and when we assemble the project I will explain why. Finally, for the case it would be better to make it out of metal but my workshop is not prepared for working with metal yet. That’s why I’ve made my design out of plastic. 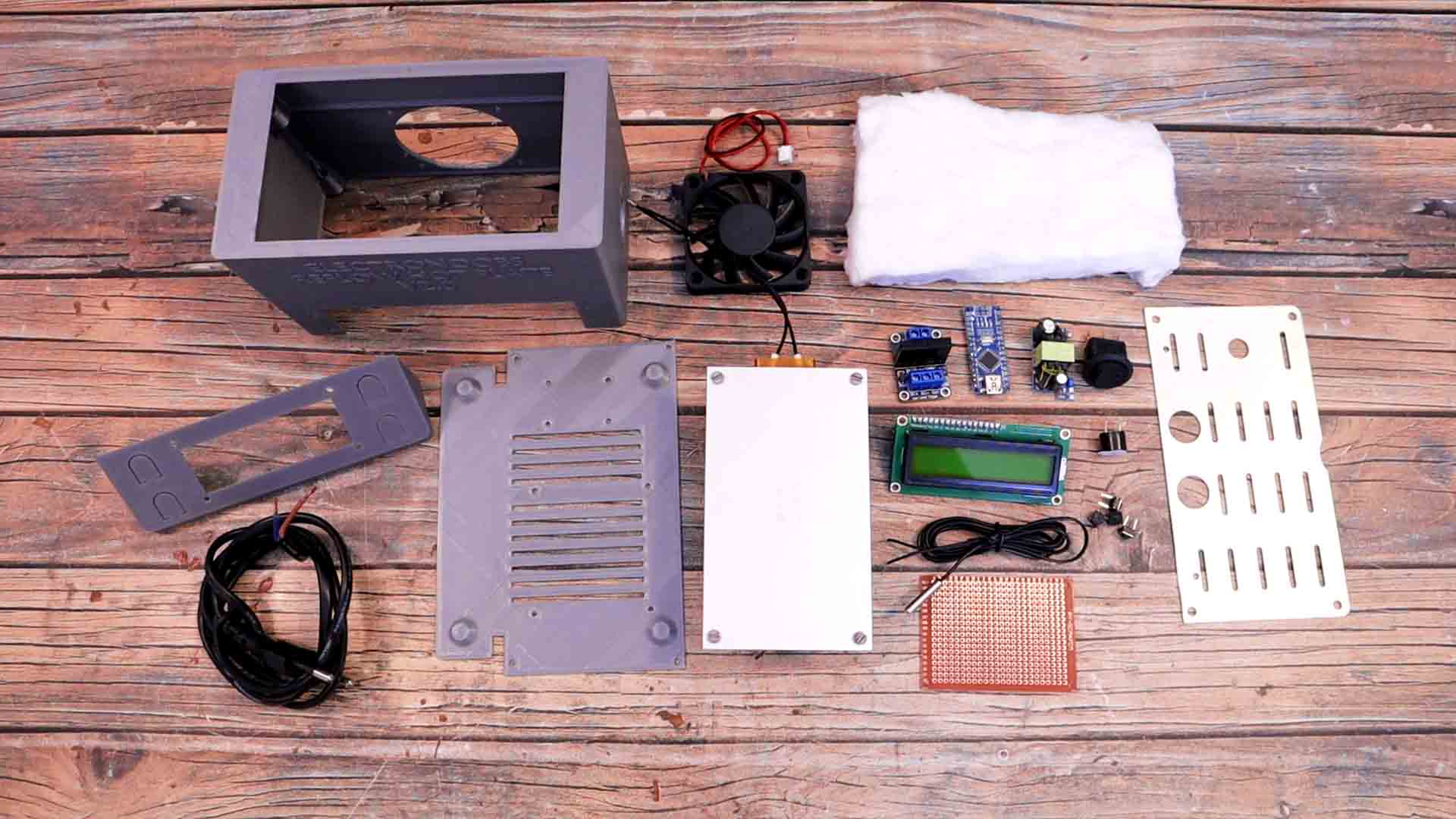