The MCB won’t protect us, only the wiring. I mean, if I touch the wires and shock myself, the MCB won’t do nothing, because the current is not high enough and we don’t have a short circuit neither. That’s why we have the RCCB or residual current circuit breaker. This device is made to protect our life, not only the wiring. So, let’s see how this device works. For that, we need to understand how the electrical wiring is done here in Europe, and I think is kind of the same in united states or other continents, but anyway.


At the main input of our home we have 5 or 3 wires with the names you can see below and usually those colors. We have the neutral, live wire 1, 2 and 3 and the PE which is ground. Now I live in Spain and in my home we have just 3 wires, live, neutral and ground since I have no high power appliances. Now imagine that you connect an appliance between live and neutral. 230V will be connected to the load and a certain amount of current will flow from L1 to neutral. But imagine that the device you are powering has an exposed wire and you touch that. You will definitely get an electrical shock, and that is very dangerous. But now, between our device and the main input, we place the RCCB. 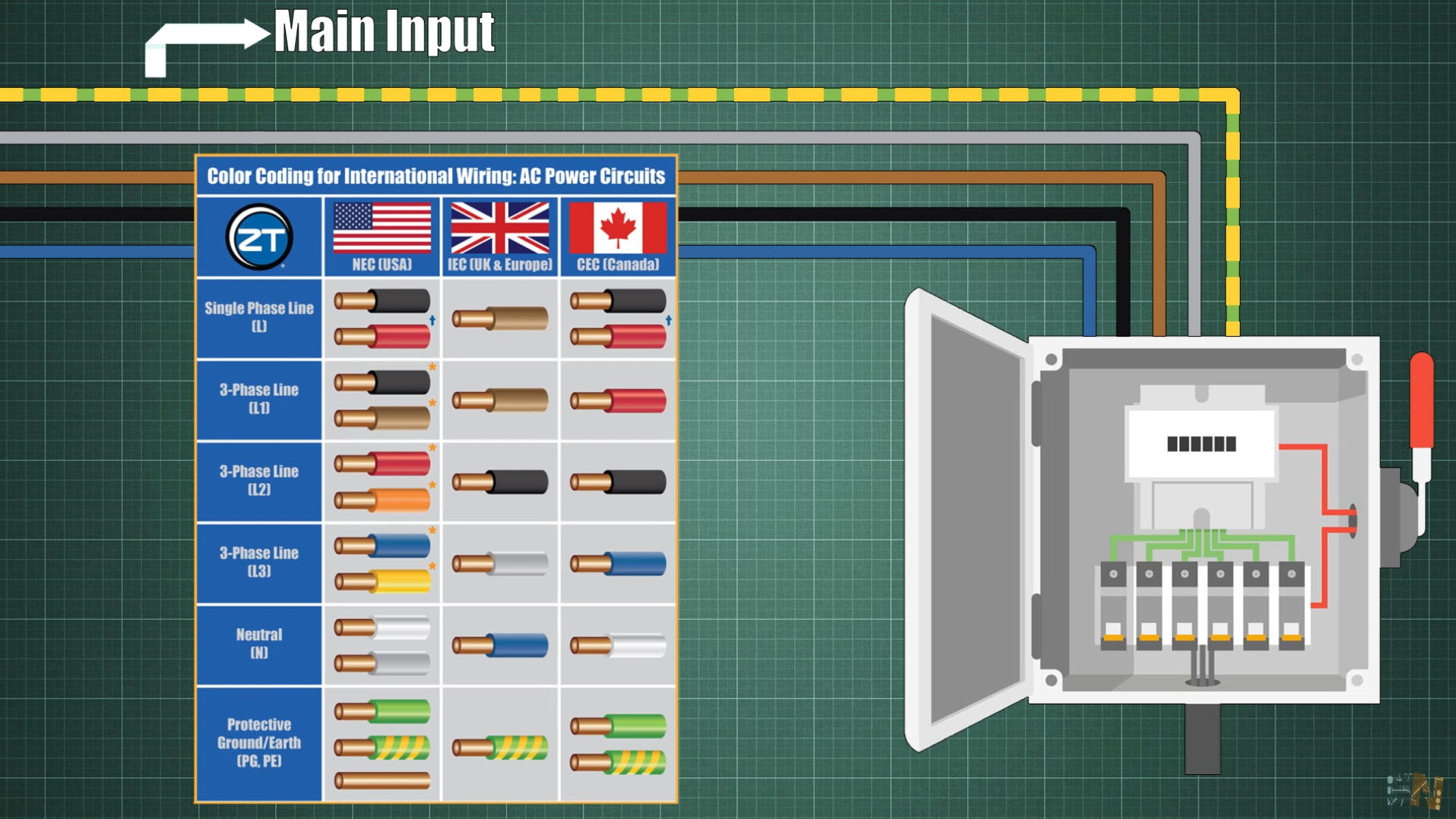 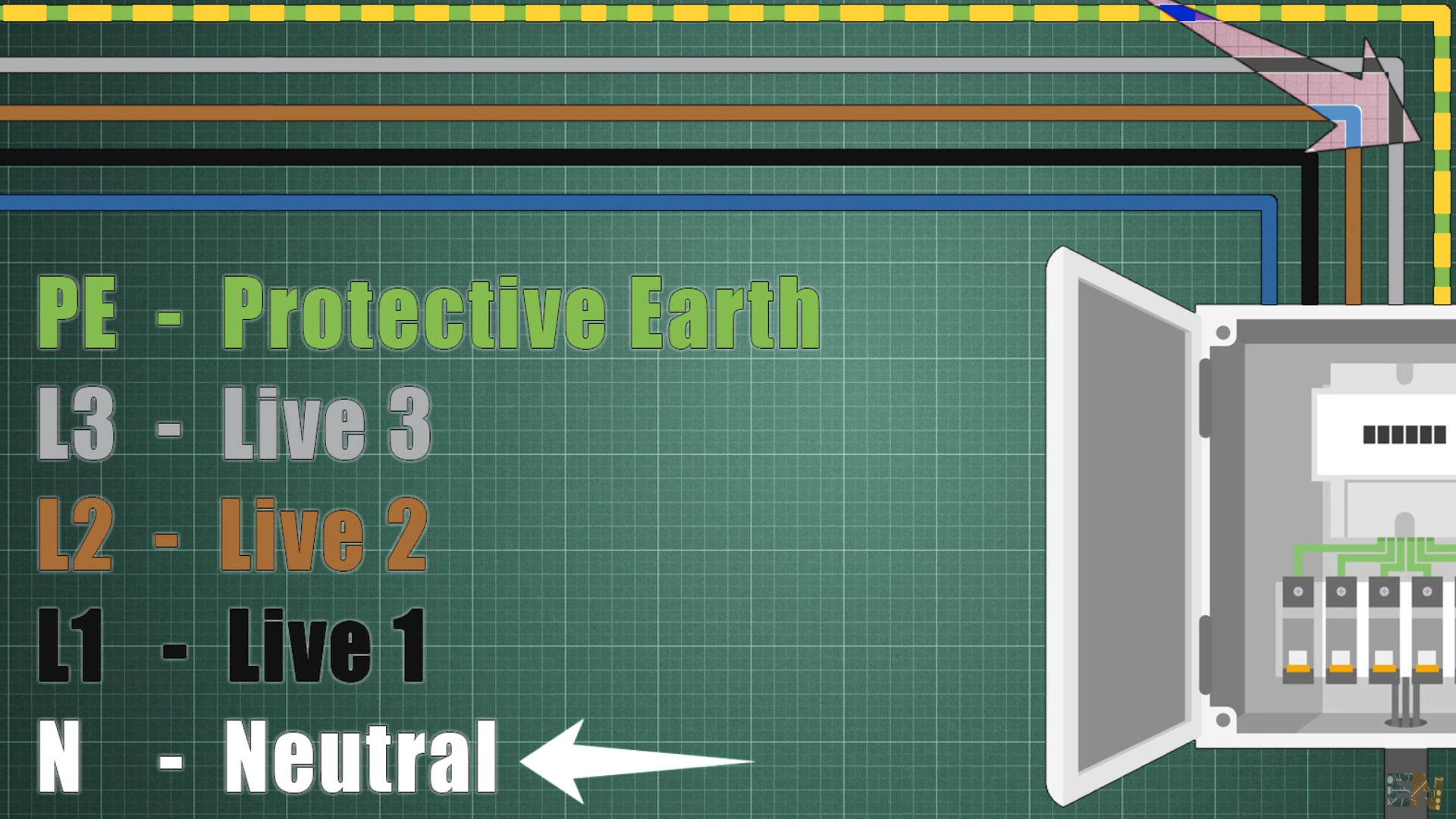 If we open the RCCB, which in this case is for 3 live wires, we will see some kind of transformer and some winding around it. And then we have some connectors for each of the live wires and neutral. The magic is done by that small transformer and here is how. 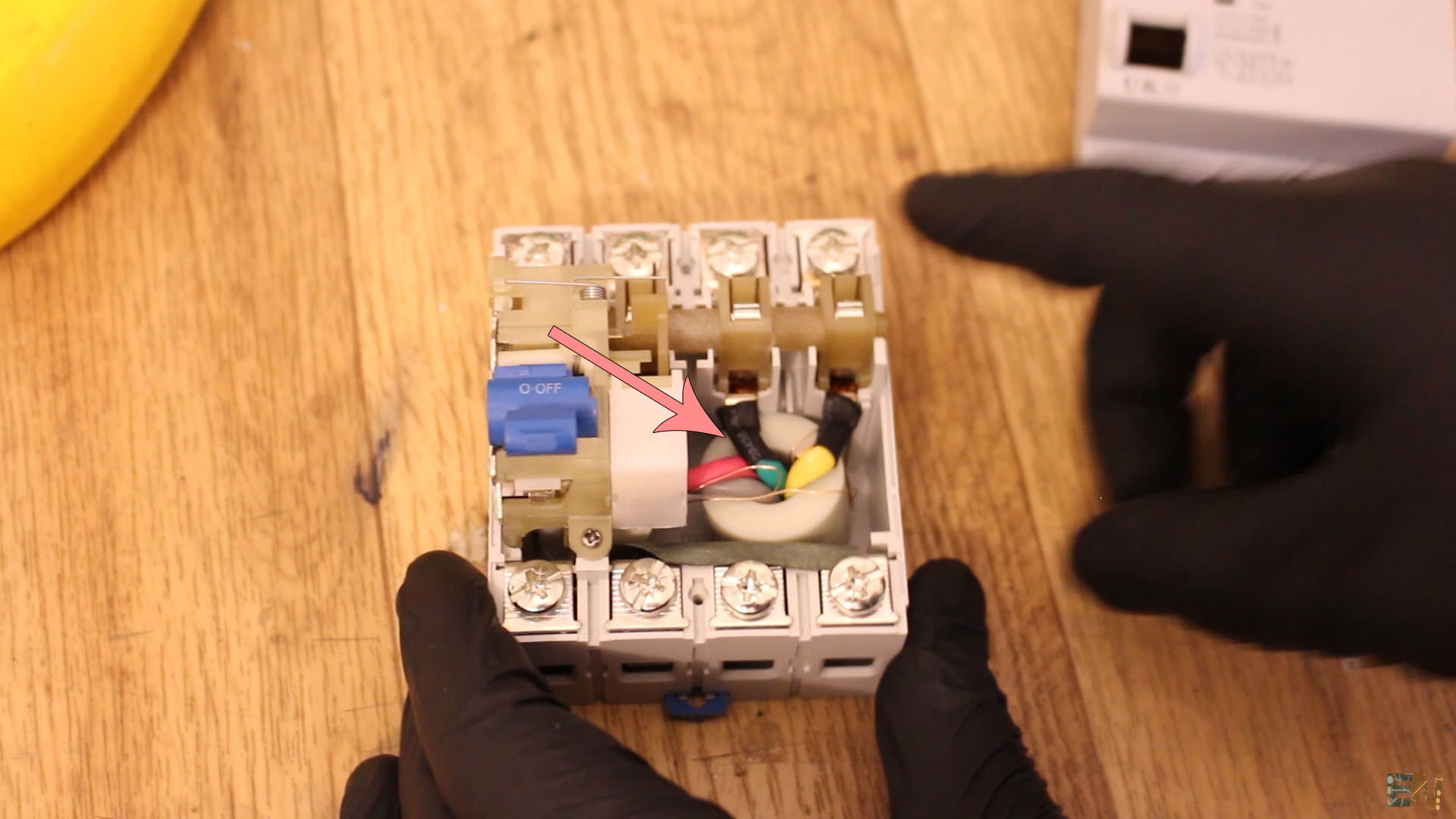 But now, let’s say that I touch the exposed wire. In this exact moment, one part of the current will still be going to neutral as before, but now a small part of current is also going trough me to ground. So, the input current to the RCCB transformer, is not equal to the output current anymore. So the magnetic inductions inside the core won’t cancel each other out. We can easily detect this magnetic induction change and when that occurs, we trigger the circuit breaker and interrupt the current flow for all live wires and neutral. So, each time there is a current leak that is not getting back to neutral, the RCCB will jump and save our lives. That’s why this is called residual current breaker, because we have a residual current flowing in the wrong way.

RCCB is the name we use in Europe but in united states this device can be called GFCI or ground fault circuit interrupter and it’s kind of the same. All we have to do is to detect a small current difference between the input and output, and when that occurs, it means the current is going in the wrong place. It can be that I’m touching the live wire, maybe the device I’m using has an internal short circuit between live wire and ground, or maybe the wiring inside my walls are getting wet, in the bathroom for example, and a small current is flowing towards ground. In all this cases the RCCB will save our lives.