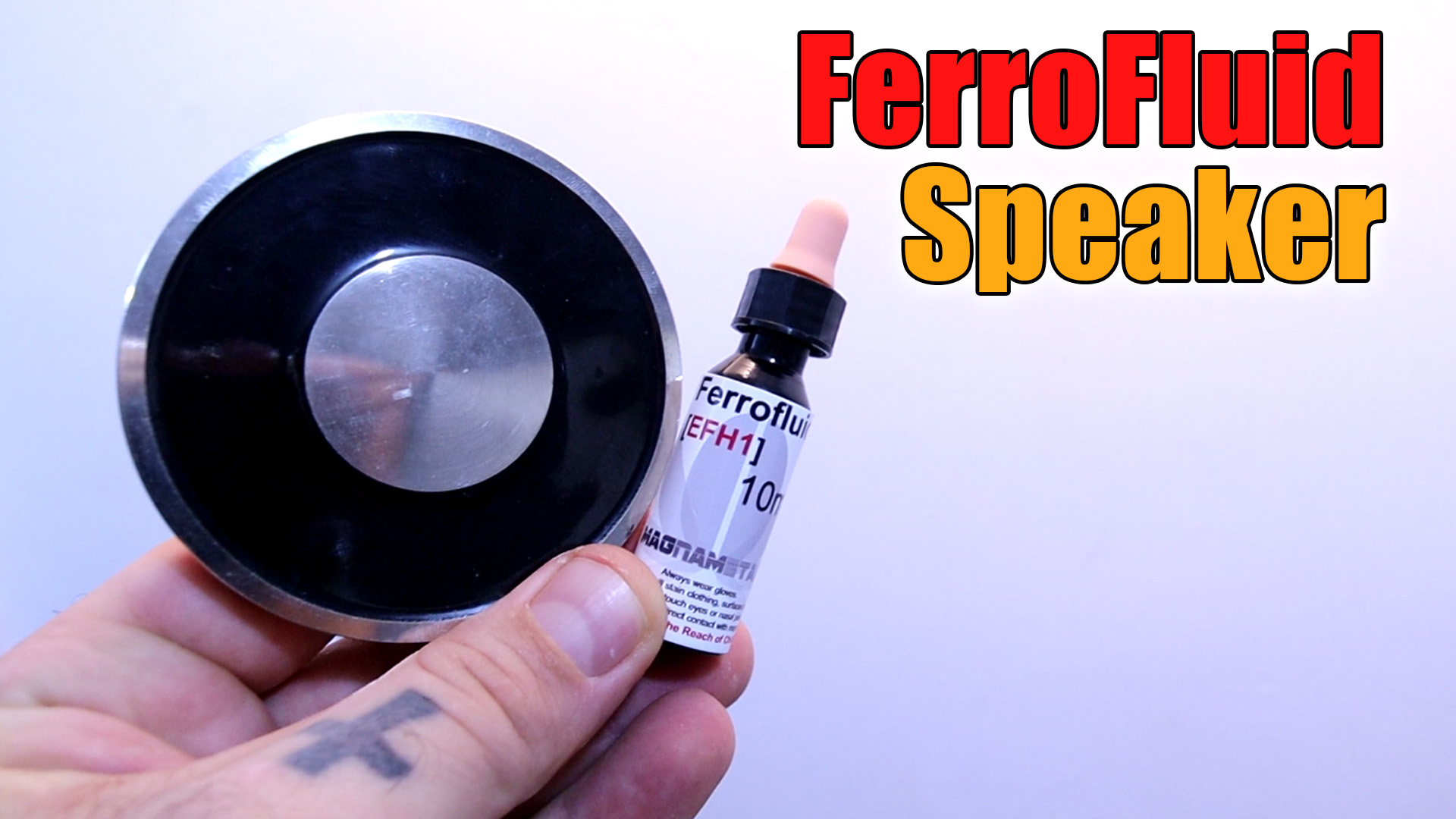 A speaker made by artist Dakd Jung, spotted by Gizmodo, visualizes music with ferrofluid, a liquid filled with tiny magnetic particles. The ferrofluid, a viscous black blob, reacts to an electromagnetic device and dances around in sync with the sounds being played. The video shows Jung’s process for putting the speaker together: treating the glass container so the ferrofluid won’t stick, sanding the 3D-printed casing, and wiring up the electromagnetic device. The full prototype in action is a little less mesmerizing than his initial test that’s shown in the video because the blob breaks apart, but Jung says the speaker is still in development. He’s used ferrofluid in artworks before, including a huge ferrofluid panel and a ferrofluid “pond.”

Ferrofluid was originally developed by NASA for moving fuel into rocket engines without the help of gravity. It didn’t work out for that purpose, but it did succeed in looking cool as hell and having other practical uses. It can be used for speaker dampers, as a lubricant in ball bearings, or as a sealant in hard drives. Some day it might even be used in biomedicine.

The liquid has been used to visualize music before, like in the video below, but having it in a closed container is much more appealing because it’s a very messy substance. Plus it’s just more fun to have a lava lamp responding to your tunes than a vat of liquid chilling next to your speaker system.

1 month ago | Blogs | by: ELECTRONOOBS
Share
PREVIOUS BLOG
NEXT BLOG