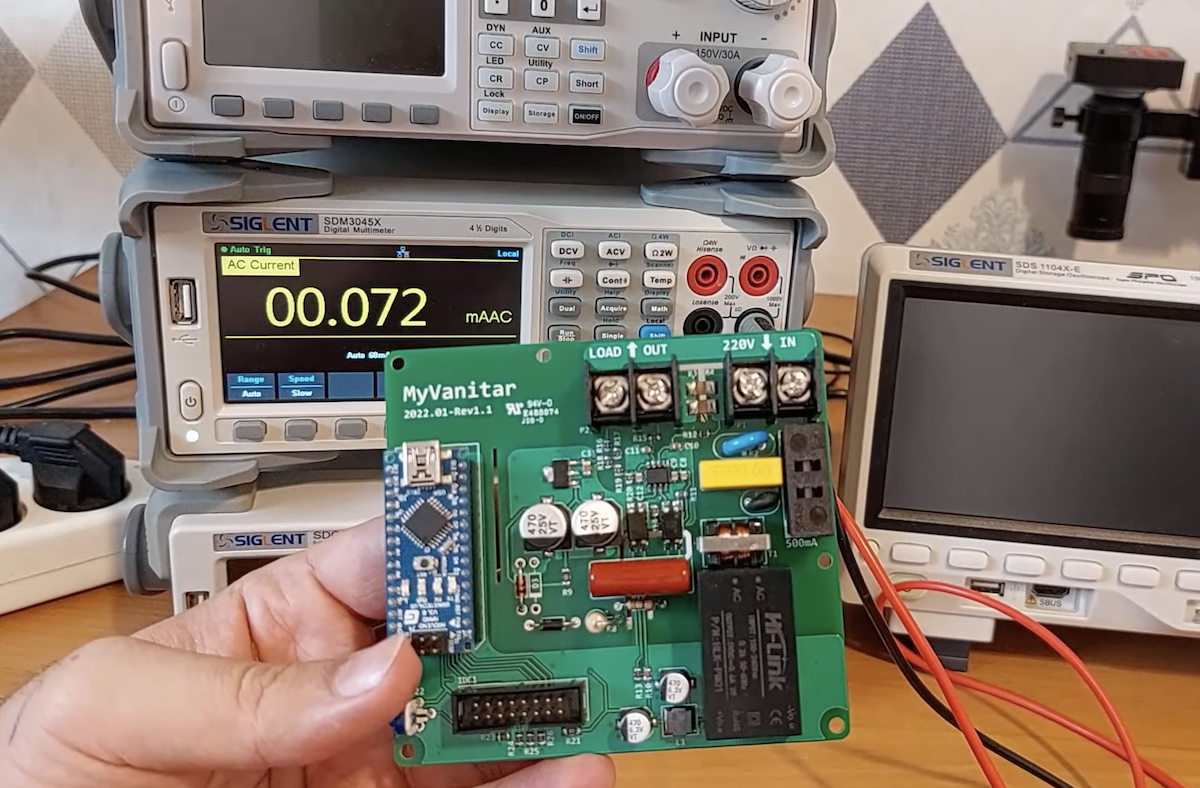 AC (alternating current) meters are useful tools for measuring power draw. One might use an AC meter to monitor the power consumption of their devices and appliances with the goal of lowering their energy bill. Makers in particular can benefit from AC meters to learn about the power consumption of their own projects. Basic AC meters are cheap and easy to find, but they don’t measure inductive loads accurately. This DIY high-precision digital AC meter can handle inductive loads.

An inductive load is any device or appliance that utilizes electric coils, which are found in motors, transformers, relays, and many other basic electric parts. Those coils create both a standard resistive load and an inductive load. The higher the inductive load relative to the resistive load, the less accurate typical AC meter readings become. An air conditioning unit, for example, is a substantial inductive load. Cheap AC meters measure the peaks of the current’s sine wave, but inductive loads alter the shape of the wave so that it is no longer a sine wave and that makes the meter’s calculations inaccurate. 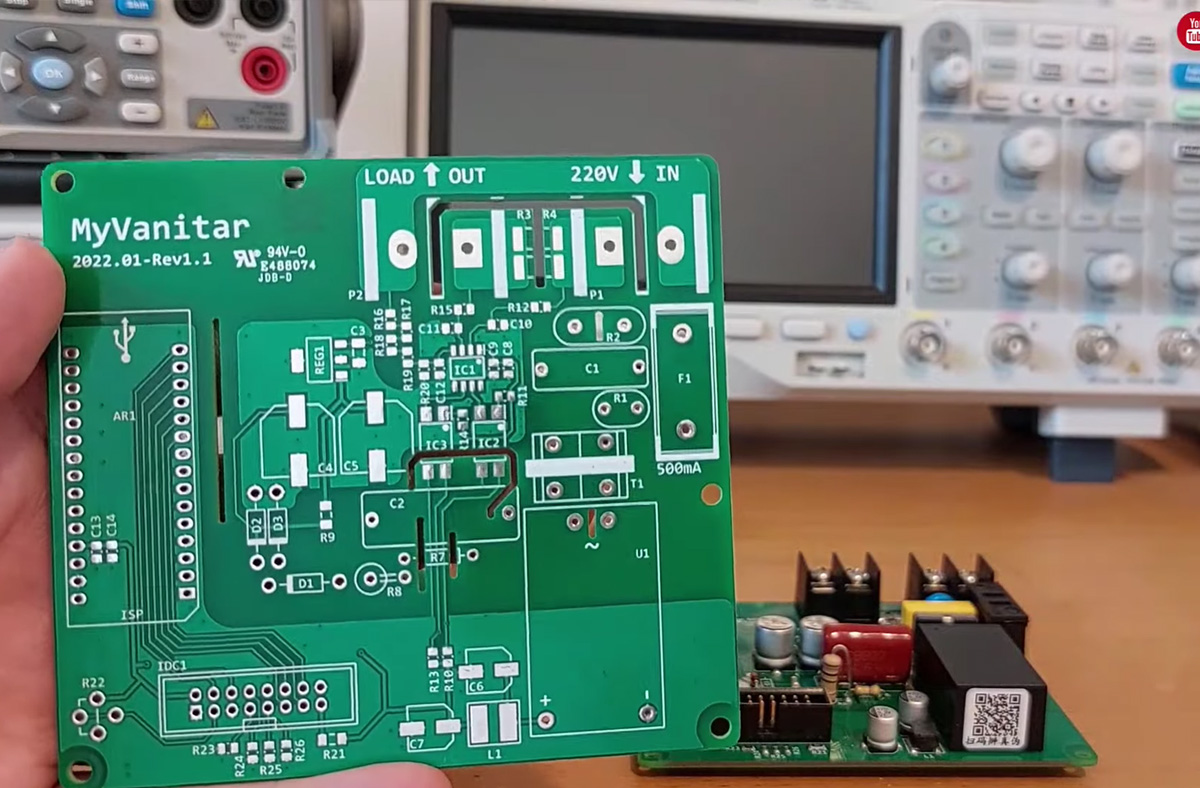 This DIY AC meter can take the power factor into account, which lets it calculate an accurate reading of the real power of a circuit. An Arduino Nano board monitors a HLW8032 energy metering IC that measures line voltage and current. The HLW8032 calculates active power, apparent power, and the power factor and sends that data to the Arduino via UART. The Arduino then displays that data on a 4×20 character LCD screen. All of the components mount onto a custom PCB that contains input terminals for the AC source and output terminals for the load.