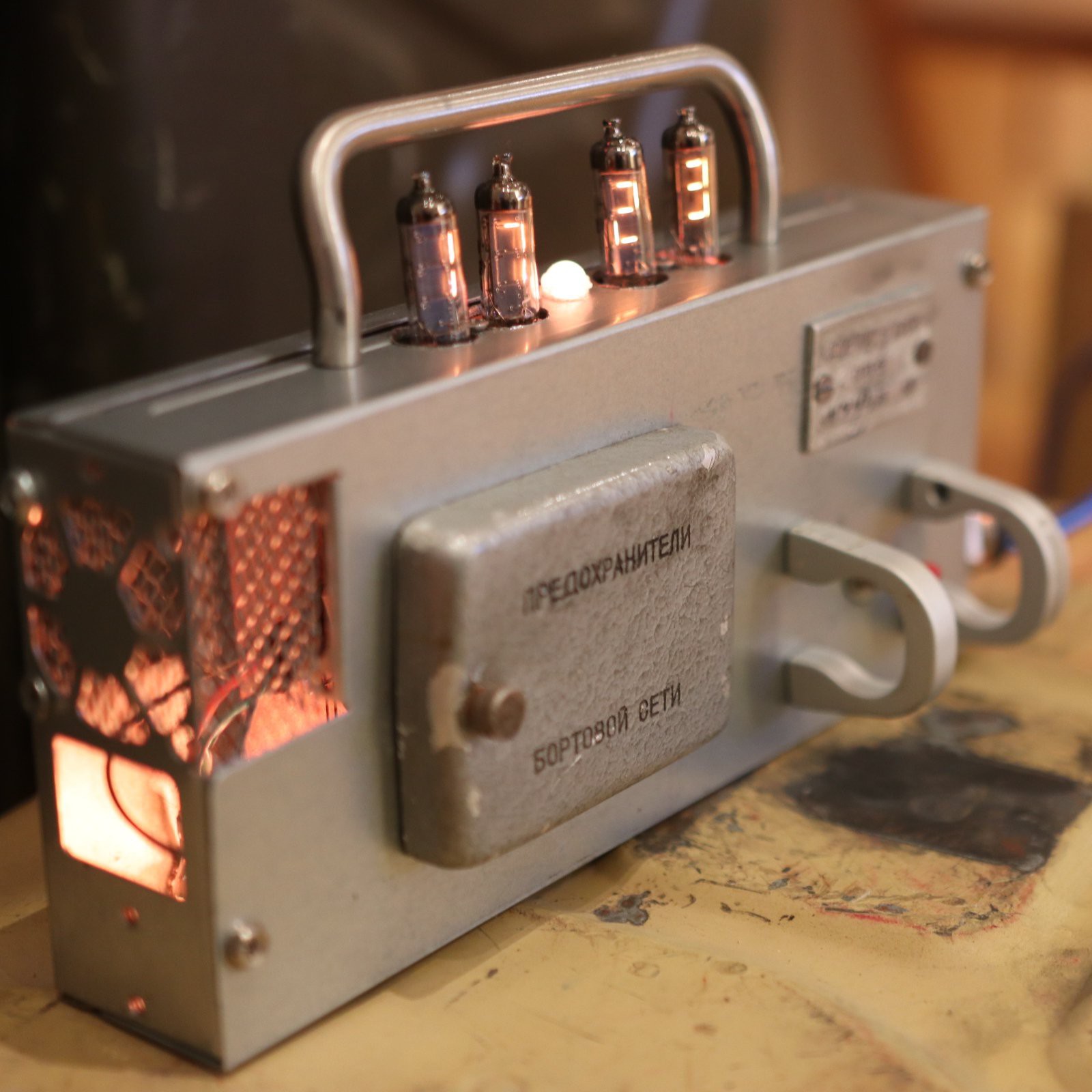 The case consists of a empty 1HE server power supply. To make it a bit more interesting I added some handles, mesh and elements I scraped from an old case I found on the flea market. By assembling the case of the clock I managed to break two of the tubes. The case was quite tight and caused some pressure on the glass tubes.

Luckily I had two spare tubes so I replaced them and added more space in the case. However unsoldering the broken glass tubes was quite stressful.

This project is a Numitron Clock based on an Arduino Nano, a DS3231 RTC, some ws2812b RGB LEDs and four shift registers to drive the Numitron tubes. The clock was built as a cheap and easy alternative to a Nixie clock.

The clock consists of:

Set the time over serial

To keep the design simple I decided to adjust the time only with a serial command. Most of the logic comes from the DS3231_set example code. The Arduino listens on the serial connection with 9600 baud. It accepts the following string: YYMMDDwHHMMSSx

1 month ago | Blogs | by: Jelto
Share
PREVIOUS BLOG
NEXT BLOG