Ok so, everything works. I'll make the connections inside the case. As you could see in the video, we have a lot of wires. Check the final schematic below. Finally, I've placed a second Arduino NANO, that will only control the RGB LEDs. Havin two RGB LED strips on top of the other code was too much for the Arduino MEGA. I mean it could do it but we would have a lot of delays. So now the LEDs are controlled by the Arduin NANO. 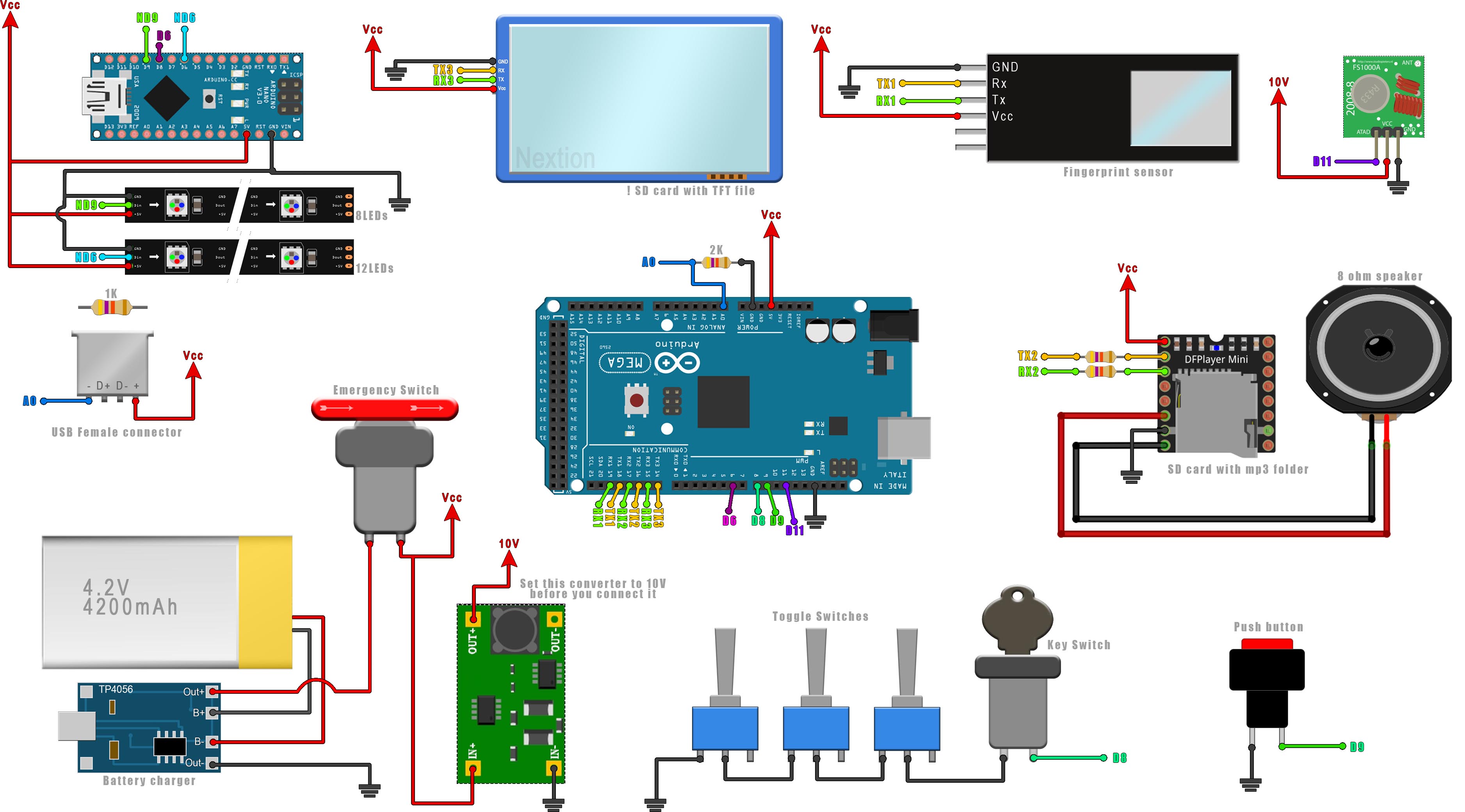