Measuring temperature with sensors and Arduino, a very simple project made and posted by DIYTechStudio on Instructables. In that post he will show us how to make a Temperature Meter using Bar Graph and Atmega328p. The post will include all the details like circuit diagram, PCB fabrication , Coding, Assembly and Testing. He also included a video containing all the details inc ase you want to watch that. The aprt lsit is quite short for this project. Of course we need taht PCB he made, or just place the components on a drilled PCB for prototypes. But with his PCB this will look a lot better. He sues the ATmega 328 microcontroller, which is the one used by the Arduino UNO. To show the temperature level, he will use a bar graph with LEDs. 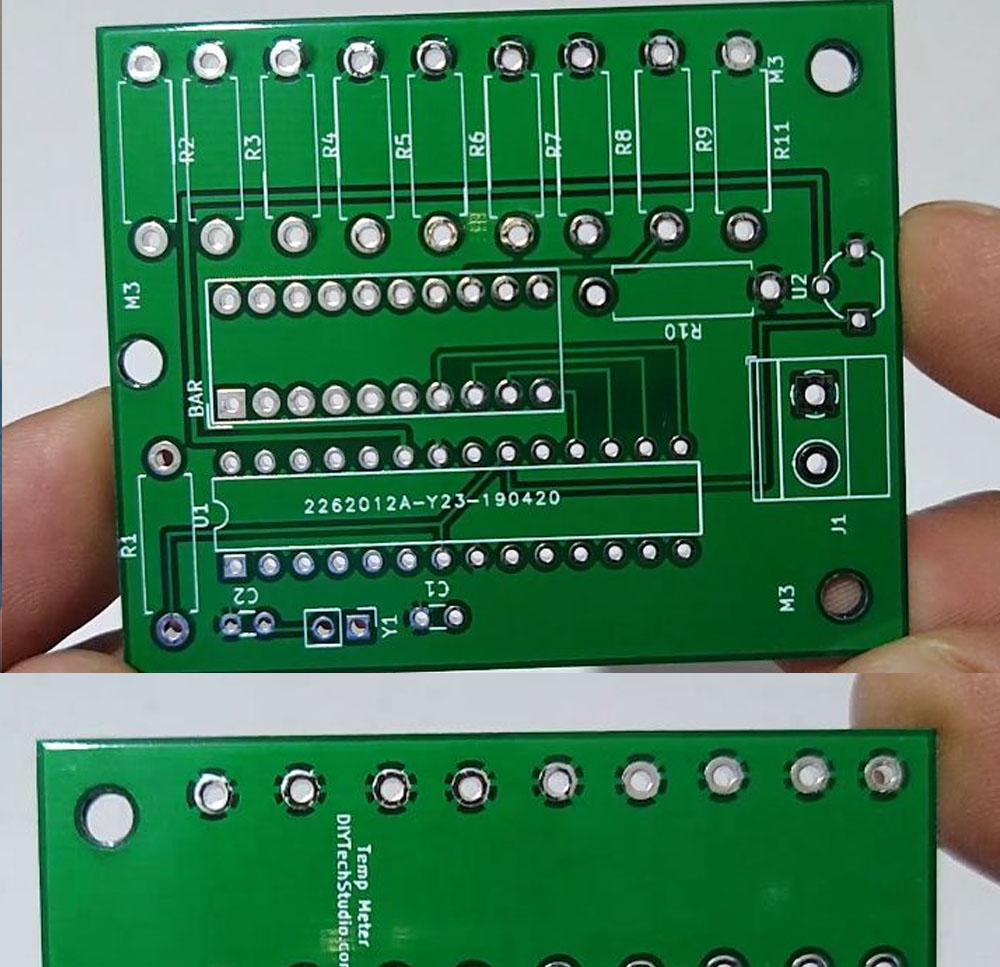 The project needs some resistors as well, some capacitors, the LM35, a terminal block, some 22pF capacitors and a 16MHz crystal as a clock source.

The circuit was designed in KiCad. After designing the circuit i designed the PCB layout and generated the Gerber and Drill File. Then uploaded a Zip folder containing all the Gerber and Drill file and ordered the boards. The sketch which he used is a very basic sketch which can easily understood. The first part of the Arduino sketch is used to declare and initialize the variables. Next Line is to get the analog value from the LM35. The next two lines are used to convert the analog value to Celsius. He also included a line which you can use if you want the value in Fahrenheit. The last part of the code is simple if statement used to turn on and off of the Bar Graph based on the temperature. 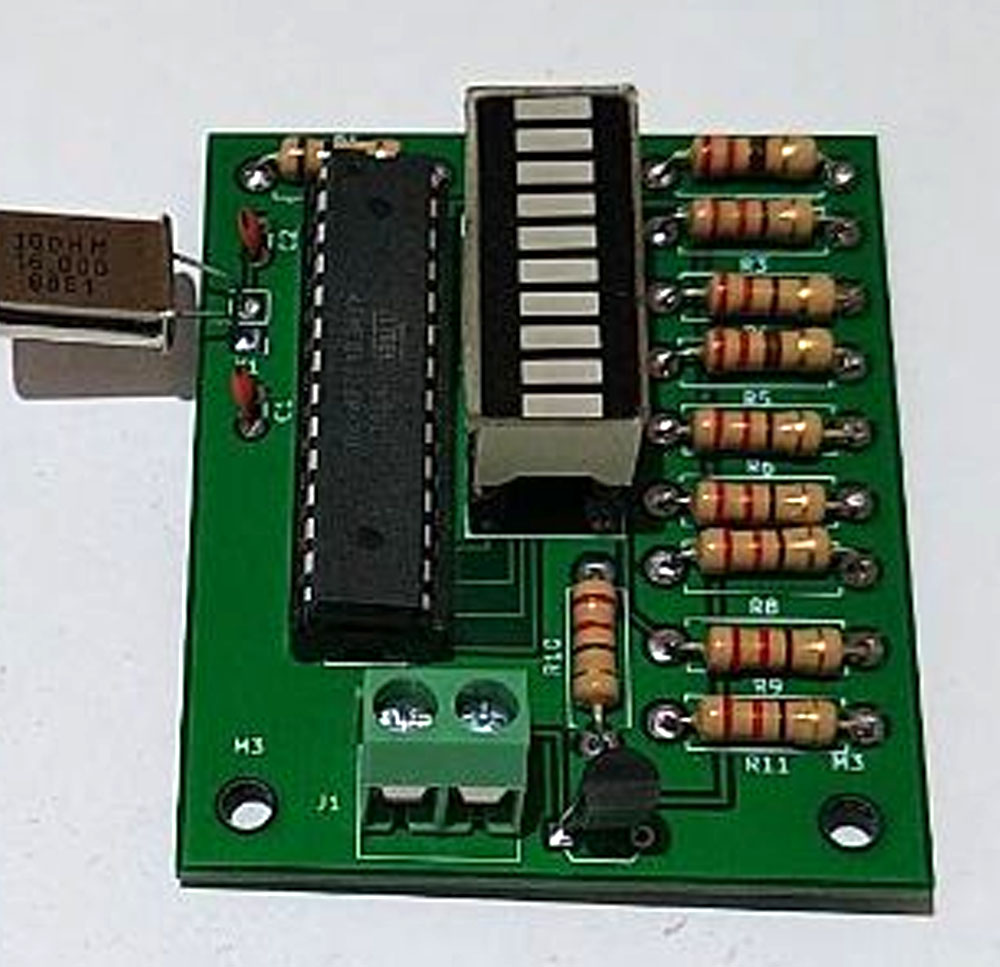 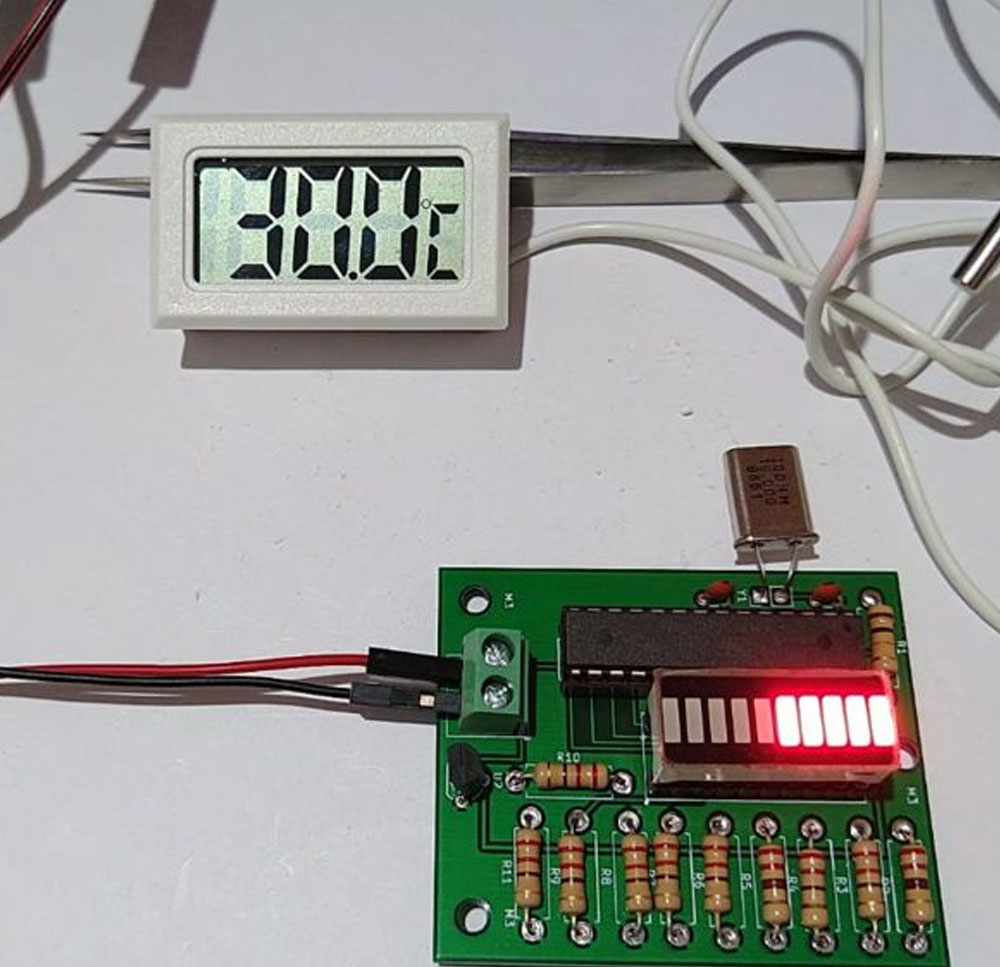 After he assembled the board he connected it to a 5V DC power supply. The Atmega328 was programmed before hand. Please note this device is programmed to show the temperature from 25'C to 34'C. He have also included the comparison of the two design showing the temperature.