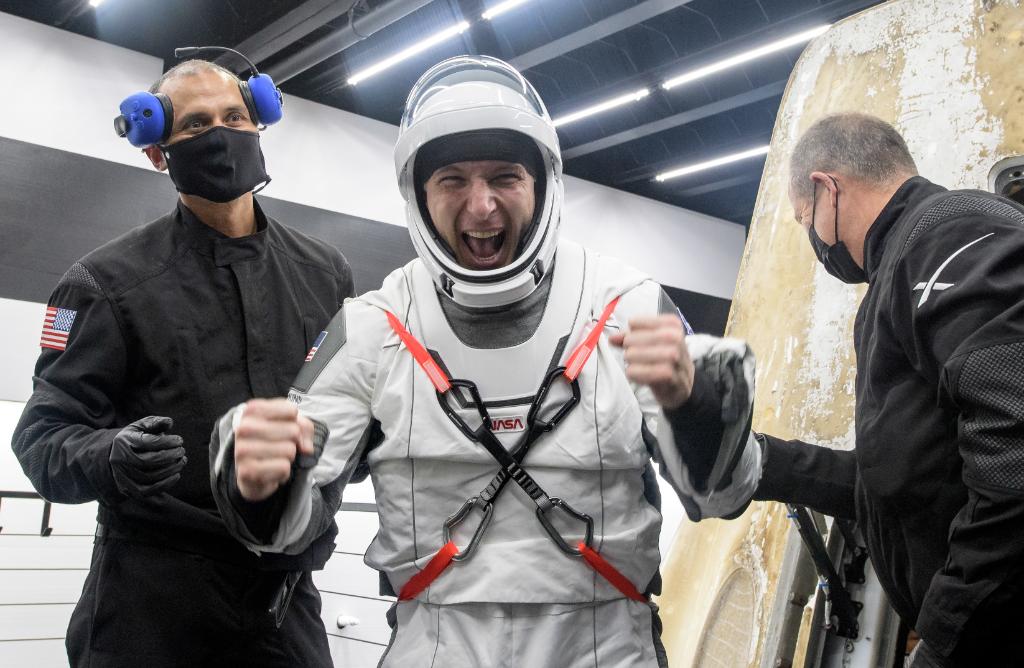 After nearly six months spent in Space, NASA and SpaceX's Crew-1 Mission astronauts splashed safely back down to Earth at 2:56AM EDT off of Panama City in Florida in the Gulf of Mexico, as NASA stated. From there, the team and the spacecraft were recovered by teams on the Go Navigator recovery ship, as well as two other fast boats.

This historic pre-dawn water landing and recovery is only the second one to ever happen. The first one took place on December 27, 1968, when NASA's Apollo 8 astronauts landed in the Pacific Ocean southwest of Hawai'i at 5:51 AM local time.

Yesterday, May 2's landing carried NASA astronauts Michael Hopkins, Victor Glover, and Shannon Walker, as well as JAXA astronaut Soichi Noguchi, all of whom had just spent 168 days in Space, as NASA's blog stated. The Crew-1 Mission's team launched on November 15, 2020, on a SpaceX Falcon 9 rocket from NASA's Kennedy Space Center in Florida. While aboard the International Space Station (ISS), the astronauts carried out a number of scientific investigations and technology demonstrations, as well as other research. The next team of astronauts on the Crew-2 Mission was successfully launched on April 23, which will take up the post at the ISS.

This latest Crew-1 flight was part of NASA and SpaceX's Commercial Crew Program, which aims to diversify the development of spacecraft by employing commercial companies like SpaceX. The point is to create safe, reliable, and cost-effective transportation to and from the ISS, as NASA points out. 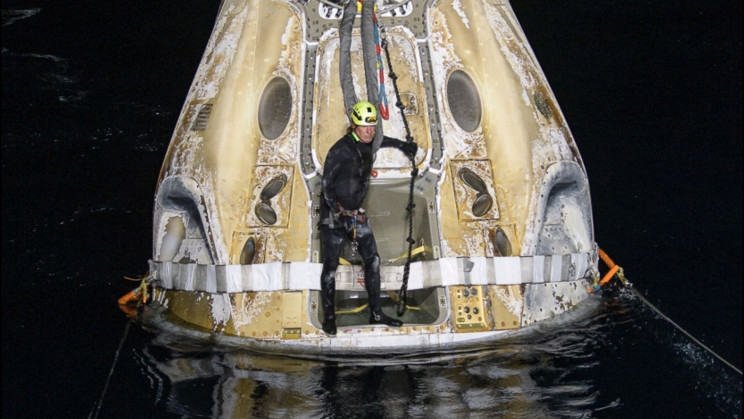 1968 night landing and technological advancements since then

Only one crewed American spacecraft landed during the night into the water before yesterday's historic splashdown, and it was back in 1968. Then, the team of three astronauts aboard Apollo 8 were the first to orbit the Moon without landing, which it did 10 times over 20 hours.

Just one year later in 1969, the Apollo 11 crew would become the first to walk on the Moon.

Water landings were commonplace during the 1960s and 1970s for NASA's Gemini, Apollo, and Mercury missions. However, as a New York Times report points out, the agency stopped doing so until August 2020, when it kick-started the method once again.

Between the late 1960s and the early 2020s, technological advancements have enabled major space milestones to occur. Aside from the aforementioned landing on the Moon as far back as 1969, America's first space station, the Sky Lab, was in use between 1973 and 1979. NASA's Space Shuttle Program has generated over 100 spinoffs since 1969, the Hubble Telescope has offered more close-up views of our Earth since 1990, the well-known ISS started operations back in 1993, offering even more space for research, and Mars' Exploration Rovers have been in operation since 1998, opening up research into the Red Planet.

This list is not exhaustive, and it's clear to see how far space technology and advancements have come in the last few decades alone. It'll now be interesting to see what the Crew-2 Mission astronauts do over the next few months.

In the most fitting fashion, their mission, which certified the return of astronaut launches from the U.S., ended with an equally historic nighttime splashdown at 2:56am ET (06:56 UT): https://t.co/xQUMykAB30 pic.twitter.com/pt3lSHkmlH 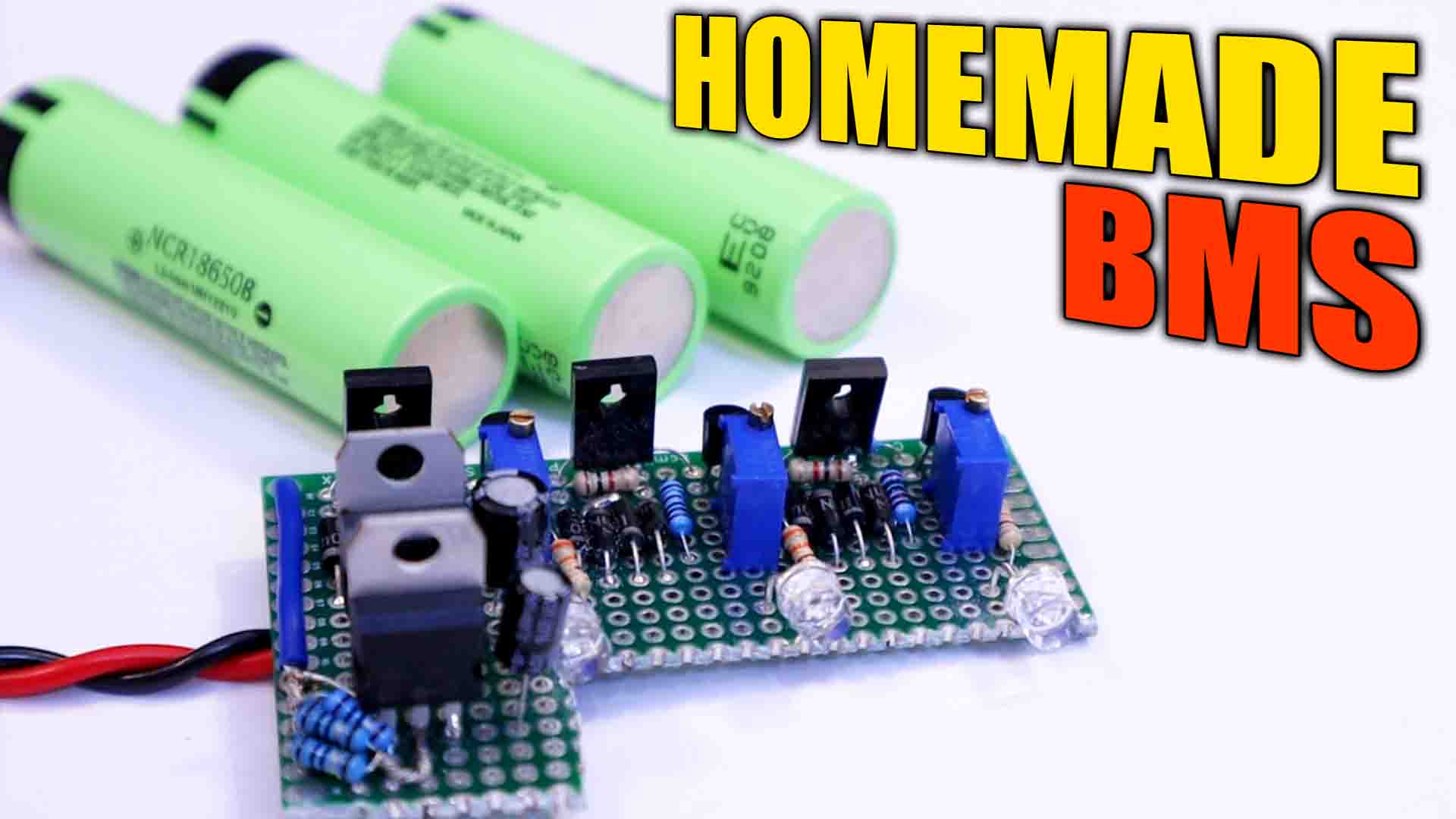 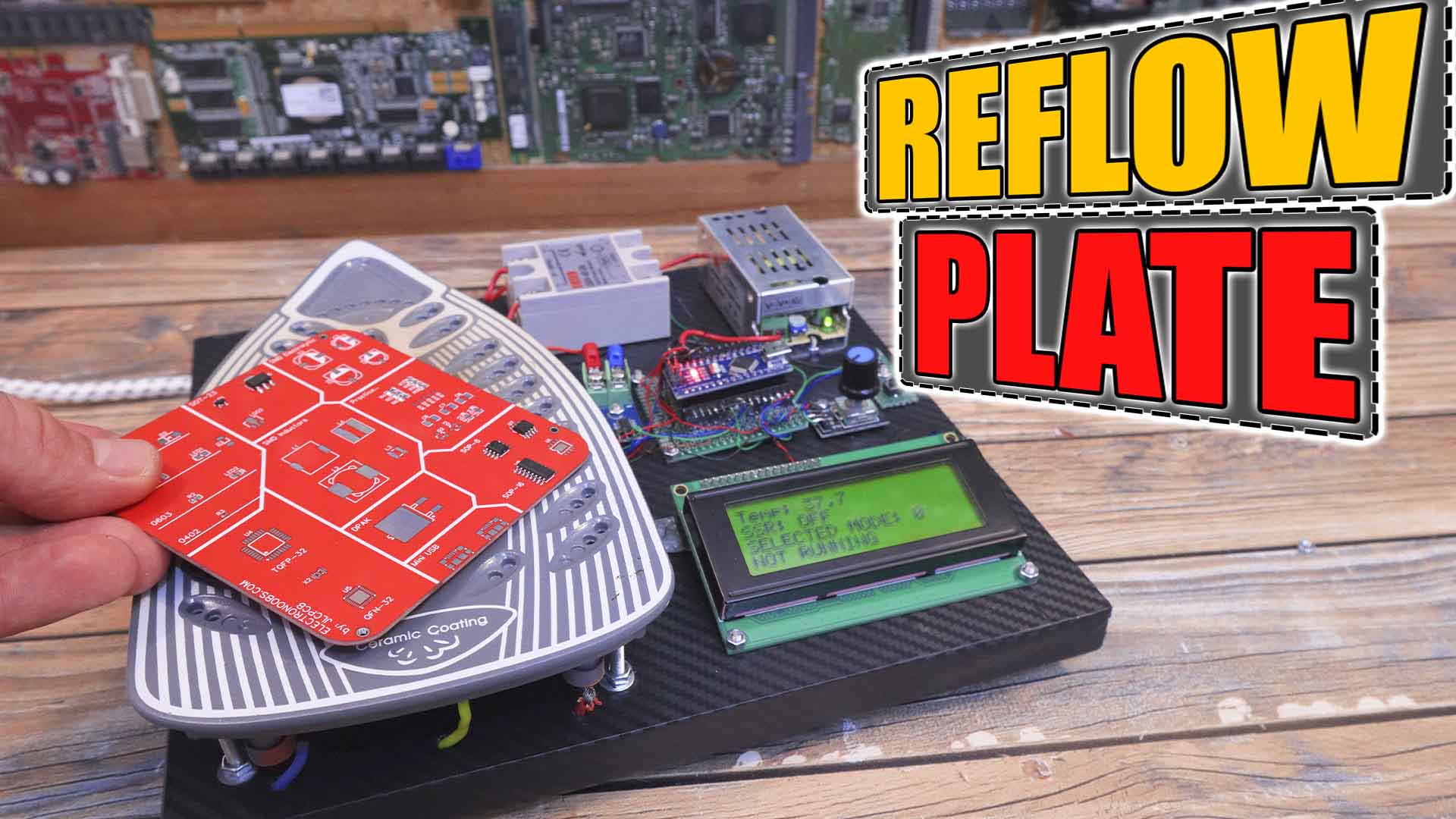 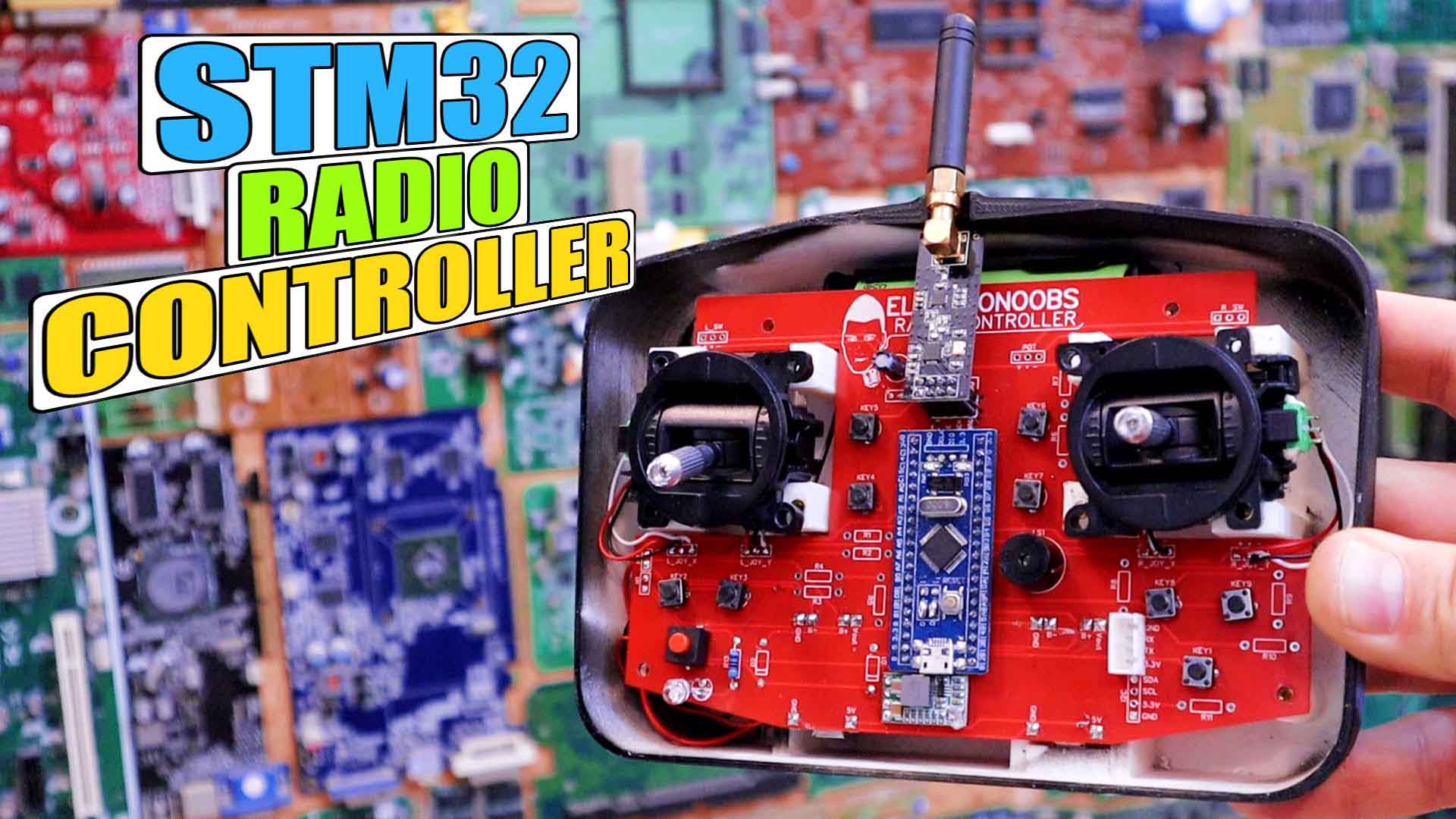 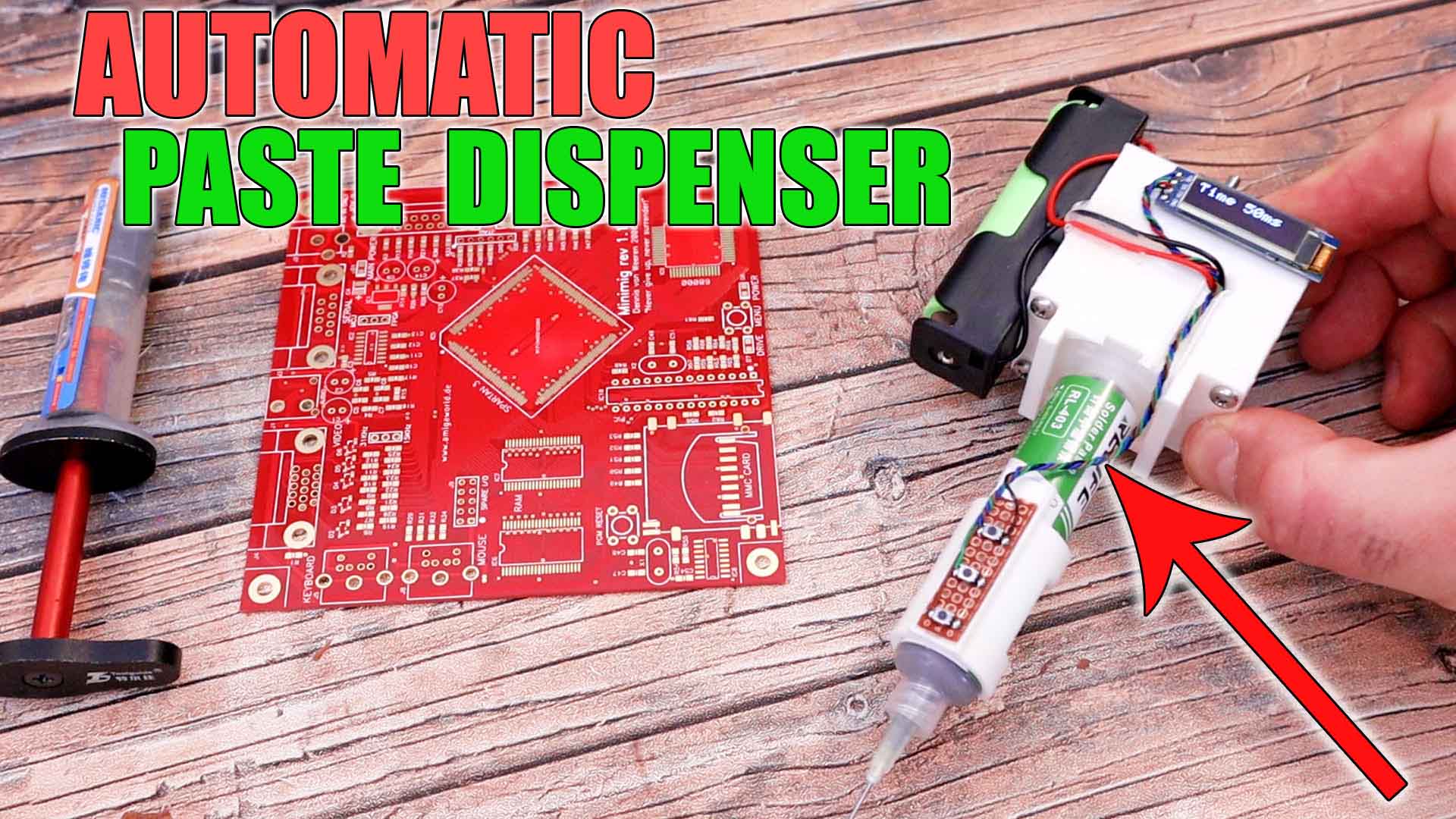 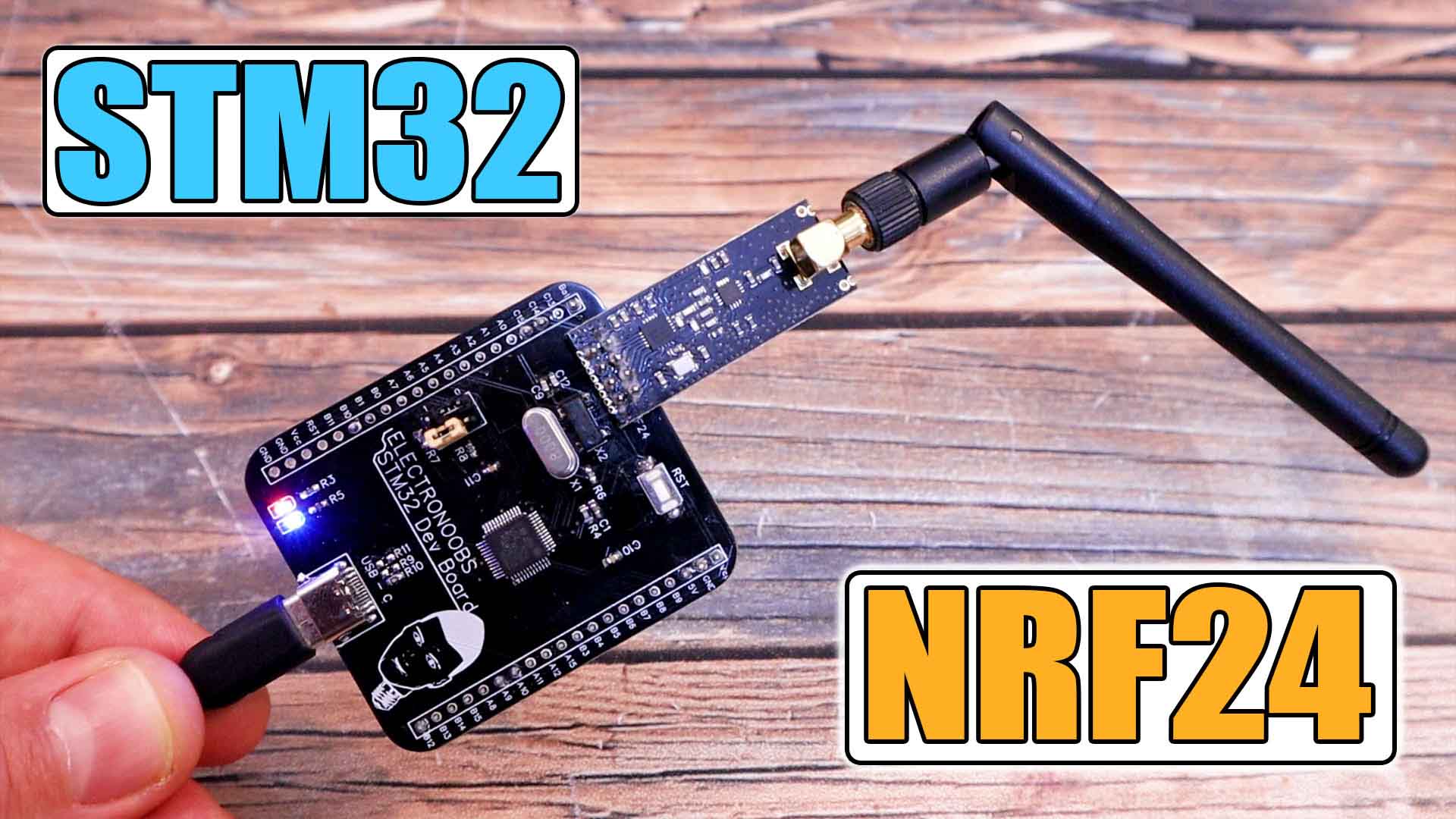