Now we will have a voltage at the output of this polarity. And if we add a capacitor, we could smooth the output and store the voltage, and basically that’s how the FLYBACK converter works. This time period will be given by the PWM signal we have seen before, that will control the switch. But in our example, the switch will be a MOSFET and connected like this to the primary winding. This is the schematic I’ve made for this experiment. The Arduino will control the Don and Doff times according to the potentiometer value.


The PWM signal is applied to a small BJT transistor that acts as a MOSFET driver and that is connected to the MOSFET gate. The MSOFET is our switch that will control the voltage to the primary coil. At the output we have the diode, capacitor and the load and as seen before, we can regulate the output voltage. I have 12V connected at the input. The inductor is a 1 to 1 ratio that’s why the output voltage could only go from the input value to lower values.

The code is just an example with no feedback. We read the value from the potentiometer and depending on that, we create a fast PWM signal and apply that to the BJT and then to the MOSFET. In this way we control the output voltage.

Another advantage is the use of multiple outputs. Remember that at the beginning we saw that this transformer had a lot of outputs. That’s because, to the same primary inductor, we could add multiple secondary coils with a different winding ratio. In case of two outputs, the energy that builds in the primary, will then divide for the two outputs and we could have different values at the output. We could even have one positive and one negative output, depending on the configuration. That’s why, switched power supplies with multiple outputs will have a big transformer with multiple windings.

Another advantage is that we could use this as a boost or buck converter since depending on the winding ratio, we could increase or decrease the voltage or do both at the same time.

A disadvantage of this converter is the output noise. Since we have discontinuous current at the input and output, that will create a ripple and the output voltage will have noise. But that is common with all switched voltage converters and we could just ignore it for everyday circuits. For more precise voltage values, you might want to look into other forms of regulating than switched supplies. 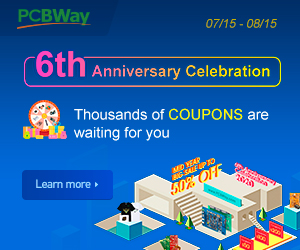 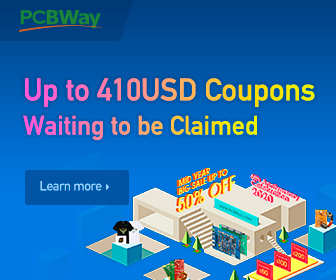